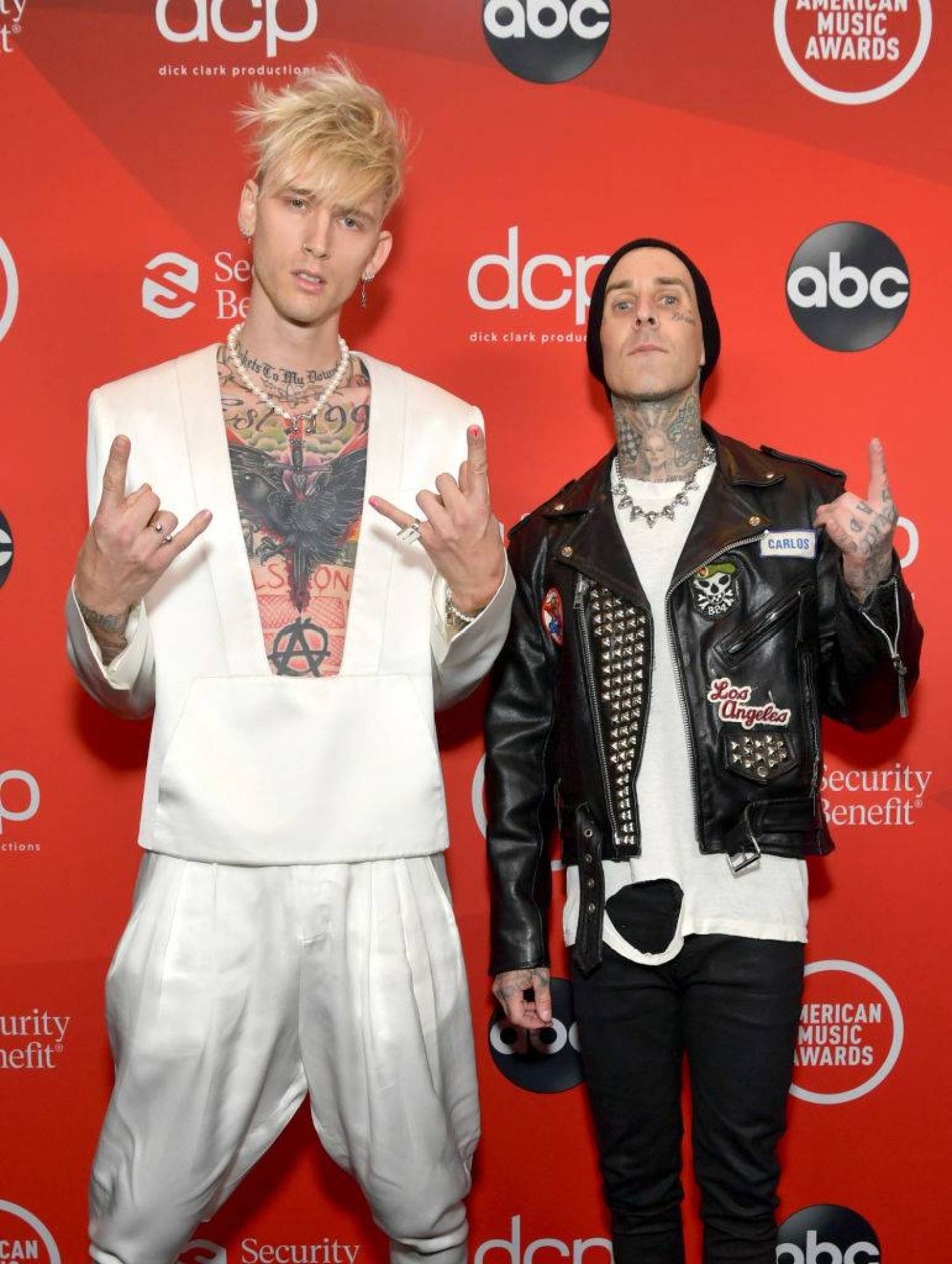 Machine Gun Kelly’s next album has been announced and it will be executive produced by Travis Barker.

Pop-punk is all the rage right now with Olivia Rodrigo and WILLOW both striving with their takes on the nostalgic music genre, and it looks like Machine Gun Kelly is officially ready to take on the sound once again with his next album.
After collaborating with Travis Barker for his latest studio album Tickets To My Downfall, the two have gotten back together for MGK’s next project, which was officially announced today. Much like with his last rollout, Machine Gun got the title of his next album tattooed to his skin for the announcement but this time, there was a twist. Travis Barker also got inked up for the reveal.
Machine Gun Kelly’s next album has been announced and it will be executive produced by Travis Barker.

The two tattoo aficionados revealed that MGK’s next album will be called Born With Horns, getting those words tattooed on their arms. While it may be a bit of a reach, the title could be referring to Kelly’s infamous “Rap Devil” diss track for Eminem, which began his supposed “downfall” a few years ago. Of course, the downfall was a stretch, since the album ended up being his most successful one to date.

Already, rappers YG and Tyla Yaweh have expressed their excitement for the new music, and Travis Barker is clearly happy to have another go-around with MGK.