Jorge And Anfisa Shows Off New Face After Prison Release 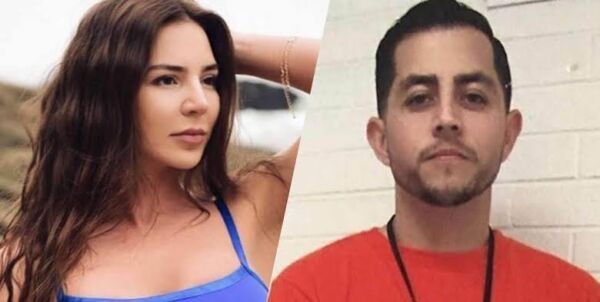 Jorge And Anfisa Shows Off New Face After Jorge Nava’s Prison Release, “90 Day Fiancé” star Anfisa Nava finally has decided to use her free lockdown time to get some work done on her face. However, earlier this month, Jorge was released from prison after serving a 2.5 year sentence. Per reports, back in 2018 (2years ago from 2020), the reality star was arrested for trying to sell 300 lbs, of marijuana. So unfortunately, He was immediately booked on charges of marijuana for sale, possession of drug paraphernalia, and the intent to transport and/or sell marijuana. (Jorge and Anfisa)

The reality star shared a video of her face including her much fuller lips. She said,

“About my lips – last time I had fillers was in April 2016, then in 2018 I had it all dissolved because I didn’t like the result. Last week I decided to get them done again. I had one syringe of Restyline Kysse instead of Juvederm that I used to get and I’m loving it!”

However, the transformation comes as divorce is looming for Anfisa after her ex Jorge Nava is officially a free man. He is currently living in Arizona but plans to move to California once he gets the green light from the court. Anfisa currently lives in Los Angeles with her boyfriend Leo, who she has been seeing despite still being legally married. (Jorge and Anfisa)

While behind bars, Jorge accused Anfisa of abandoning him quickly after he checked in. Jorge claimed she was jealous of his massive 128 lb. weight loss. Jorge was able to talk with InTouch Weekly from Prison about Leo.

Since being released, Jorge Nava has spoke about suffering from depression while in prison. (Jorge and Anfisa)

He said, “There was a point during my prison sentence when I had lost all hope and I found myself depressed and unmotivated! I then started reading motivational books by @tonyrobbins and it changed my perspective on life forever!”

Jorge added, “I would of never lost 128lb and I would of never changed my old ways of thinking after I seen the results from my health improvement I started using the same techniques with everything else I was doing in life and now it seems like it was a #cheatcode #tonyrobbins (Jorge and Anfisa)