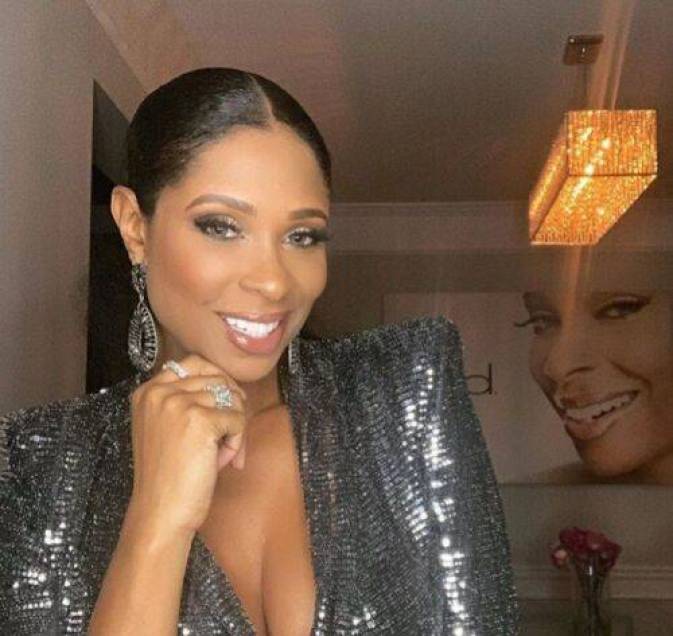 However, responding to that – Jennifer Williams wrote, “I’m asking for some help finding my Range Rover that this man, Aaron Nichols, stole from me. He goes by many alias including Nick, Daniel or Chris. He has conned many women and men too out of vehicles and large amounts of cash. Lives in the Atlanta area and frequents Detriot, Houston and Vegas.

Jennifer Williams added, “If you have seen him or are a victim of his antics please DM me, email my attorney, Jamie Hernan, at jamie@hernanfirm.com or contact the Smyrna Police Dept in GA as there is an active investigation going on. Thank you in advance. #FindMyRange #AmericanGreed #LawyeredUp #Repost #JusticeWillBeServed.”

Now, over the weekend, Jennifer Williams accused her ex, named Aaron Nichols, of allegedly stealing her Range Rover. Although the reality star said she had reported the stolen car to the police who were investigating currently. He didn’t seem to enjoy the accusations and took to Instagram to fire back. He says he never stole the car and claims Jennifer gave it to him in. He shared alleged screenshots of his text conversation with Jennifer Williams.

“CHECK THE DATES. #JenniferWilliams gave me this truck in November 2019. I got a call from the police department in March 2020 and now I’m April, 5 months later, she’s telling the world it’s stolen. Who waits 5 months to report their car stolen? The police have NOT pressed charges because I didn’t steal anything from her. As people in the comments have already said, you can easily track a Range Rover”.

In one message, Jennifer Williams appears to tell him “You’ll regret this. I’ll ruin you”. That’s a threat isn’t it?

Apart from Aaron Nichols Jennifer had another ex named, Tim Norman. Who from the reality show “Welcome to Sweetie Pie’s”, reached out to Aaron Nichols telling him

“Man she did me the same way, I had a woman I’d been with for years from st.louis and Jennifer was mad I wouldn’t kick her to the curb, she swore she’d ruin me. I have the same text”.

Nonetheless, In the alleged screenshots, Jennifer Williams talks badly about her “Basketball Wives” costars Shaunie O’Neal and Evelyn Lozada. At a point in the reported text message, Jennifer Williams tells Aaron Nichols she should have leaked photos of Evelyn’s daughter to the press. More 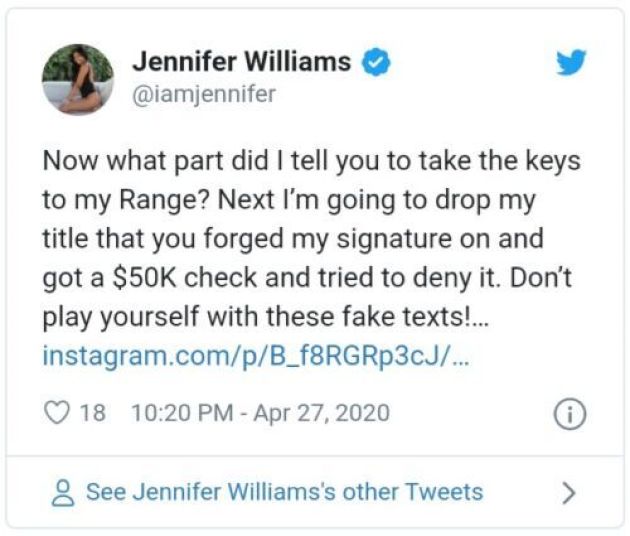 However, after he released the alleged text messages, Jennifer Williams took to social media accusing him of doctoring the screenshots hence faking it as it may seem. Stay Connected.