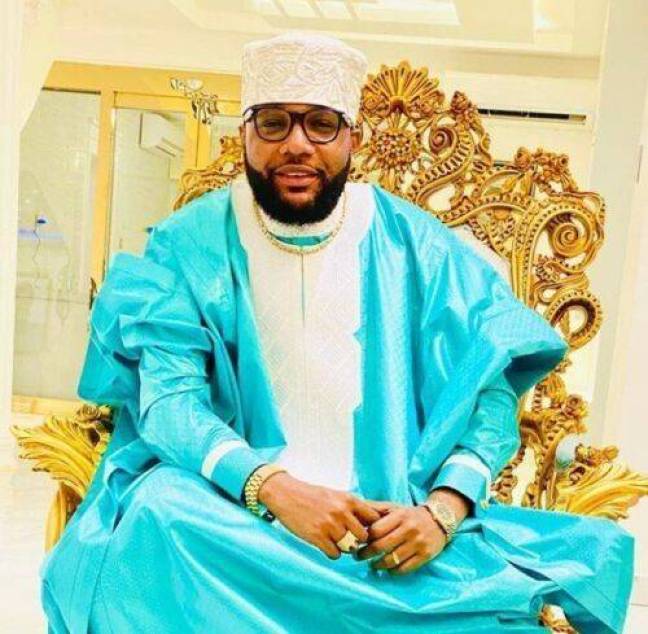 E Money is one of top richest man blessed to bless others, E-Money’s net worth is available here, his real name is Emeka Okonkwo, CEO of 5 Star Music (A Record Label). He’s born in Ajegunle, Lagos, Nigeria, on february 18, 1981. (E Money Net Worth)Â

E Money got his nickname after he started throwing money around and demonstrating what a luxurious life he had. Most people refer to him as Arabic money for his excess generosity. Even Ruffcoin – a talented singer and rapper made mention of his name in his song Eriwa 1, while mentioning names of wealthy men.Â

Who Is the CEO Of 5 Star Music Record ?Â

Emeka Okonkwo, popularly known as E-Money is the CEO of 5 Star Music (A Record Label), As of 2020, E Money’s net worth is estimated to be $30 million dollars. E Money doesn’t have twitter and facebook account, it’s only Instagram. E Money Net WorthÂ

E Money was born on 18th of February 1981, that is 39 years old now. He is the younger brother of the “Limpopo” crooner, Kcee and also the official sponsor of his music career plus that of Harrysong and Skiibii. E Money is also the head of a shipping company called Emmy Cargoes Nig. The company was established in 1997 and was formerly called Borisa Nig. Ltd. He is also into real estate as well as oil and gas. At this point there’s no proof of his measured height.Â

However, unlike his elder brother, E-Money is married. He hasÂ three sons with his wife, Juliet, whom heâ€™s been married to for about eight years now. According to him, he met Juliet in 2003 when he was still struggling to make money and she was just what he was looking for â€“ a God-fearing and non-materialistic woman.Â

Nonetheless, being one of the most popular people in Nigeriaâ€™s social media space, people are eager to know how he made his fortune! He used to be an ordinary man who was struggling to make his ends meet, but today we know him as one of the wealthiest young men in Nigeria. Speaking of his turning point, E Money recalls coming back to Lagos after their traditional marriage and receiving a call that changed his life forever.Â

What Is E Money Net Worth, Source Of IncomeÂ

Nevertheless, rumour has it that E Money was once abroad hustling for daily bread, the exact business he did over there hasnâ€™t been fully ascertained because it was said that when he came back to Nigeria, he became a rich man in all currencies. God’s willing!Â

E-Money who we all know as a social media man who is found in exposing all his belongings to the world, shared some pictures of his houses online. He sleeps and sits on Gold, His Gold furnished state of art mansion is worth N250 million in Omole Estate, Ikeja, and another in Lekki. It was gathered thatÂ E-Money net worth is estimated at $30 million, the equivalent of 10 billion Naira as of 2019, and their signs showing that itâ€™s growing day by day.Â

E-Money lives in a gold-furnished mansion in Omole Estate, Ikeja, Lagos, worth over N250 million. The head of 5-Star Music is a proud owner of fleets of SUVs and sports cars. In December 2015, he added to his fleets, a Mercedes Benz Sprinter which costs about N30 million. He also presented his brother, Kcee, with a Mercedes Benz G wagon worth N20million as a birthday gift.Â

Highlights And Facts About E MoneyÂ

Here are some of the best highlights of E Money’s career:Â